Whether you’re born and bred or have adopted the city as your own, Mancunians are justifiably proud of this city, and we’re proud to sit right at the heart of it. Our latest campaign showcases local people and their different experiences of living, working and shopping in Manchester. It’s good to be back.

Sophia is a paediatrician originally from Ireland but moved to Manchester in 1999. She now lives in Stockport with her husband and two children aged 7 and 5. Sophia will often get the train into Manchester for a day out with her family.

She’ll take the kids on a tour around the city, visiting the different places she and her husband have been and taking in the street art. Sophia describes the Arndale as “kid friendly”, with stores that will keep the kids entertained as well as herself such as Lego Store and The Entertainer.

Sophia often shops for clothes in Urban Outfitters and Monki or buys homeware in Next or TK Maxx. When she’s not “in her scrubs”, you’ll find her wearing pretty dresses with a leather jacket and statement red lipstick. She says fashion is important to her personality and getting dressed up is what makes her feel like herself. Even though this past year has been about loungewear, she still likes to get ready every day and “stick on that red lipstick”.

When Sophia moved to Manchester, the first place she visited was the Arndale. She says “there is life about the centre and it’s full of real people because it is the centre of the city and everyone is drawn to it.”

What are Sophia’s best memories of the Arndale?

“The Arndale reminds me of when I used to work at Afflecks Palace when I was younger. Back when I had a disposable income, on a Saturday, I would pop into the Arndale on my lunch break to buy my outfit for the Saturday night. The Arndale will always remind me of those great memories of shopping in the city centre”

She describes the Arndale as vibrant, progressive and convenient.

Meet Johnny V, a Community Co-ordinator for Hilton House in the Northern Quarter, who has lived in the city centre for 10 years. Johnny is passionate about fashion and can find inspiration from anywhere. He’s open-minded about what he wears, picking clothes that look good on him from both men and womenswear.

Johnny V curates his fashion, seeing himself as a work of art. You can find him shopping for high street and designer clothes in Uniqlo, Urban Outfitters or TK Maxx. As well as fashion, Johnny likes to express his personality through his home space, finding hidden treasures for his apartment in Homesense and Kenji.

For a change of scenery after work, Johnny will often walk into the middle of the city centre, popping into the Arndale to pick up a few items and look around for inspiration. He describes the Arndale as having “everything you need for home, fashion and DIY – all in one place” as well as “a charming and convenient community space.”

What would be the perfect day in Manchester for Johnny V?

“It’s all perception. I don’t wait for the perfect day to happen, I make it happen. I walk around Manchester with my headphones on, dancing at the traffic lights.” 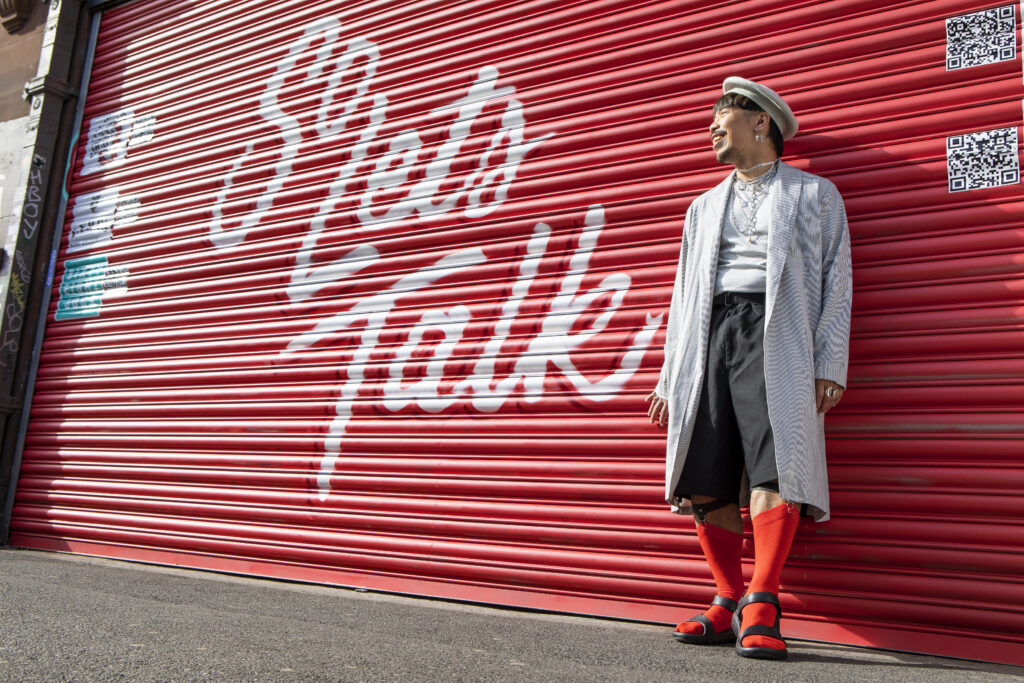 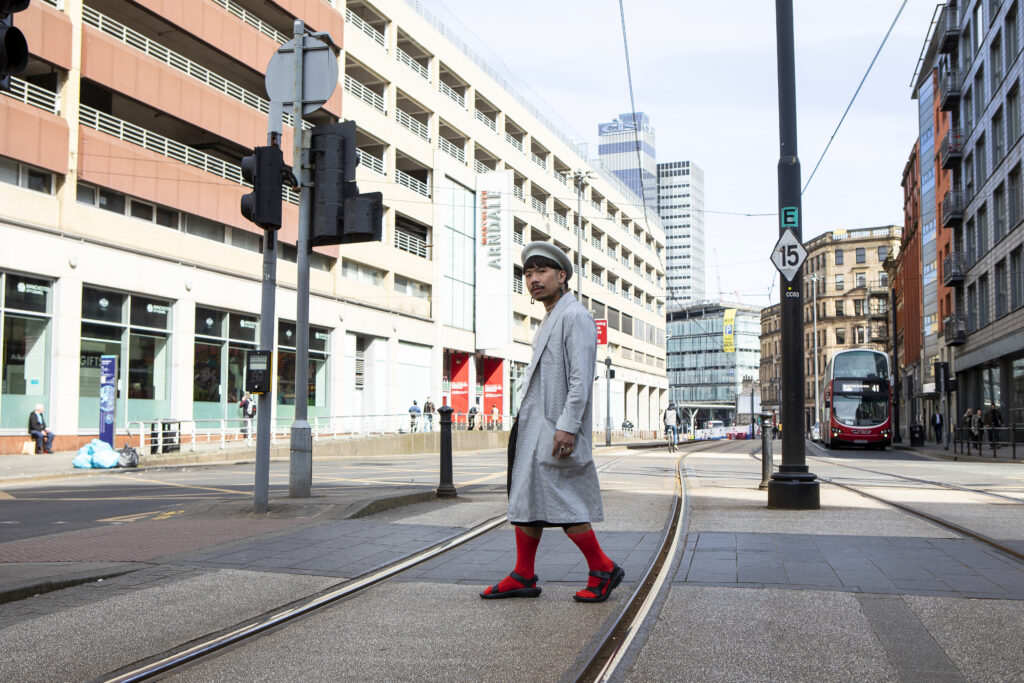 India works with Stockport Libraries and loves meeting up with friends in Manchester city centre for a coffee and a few hours of shopping. You can often find her browsing through the Arndale, shopping in Monki, H&M and Lush.

India has always been interested in what she wears and describes her style as a mixture between ‘toddler and granny chic’ with lots of colour and print – we love that! She likes picking fashionable, bold yet comfortable clothes from the high street, then putting her own spin on the outfit with her special charity shop finds, creating a unique look. India describes the Arndale as “sociable, warm and diverse”. Visiting the Centre reminds her of her first experience of independence when she was growing up, being allowed to get the train from Davenport on her own and meeting her friends in the city centre.

What would be the perfect day in Manchester for India?

“The perfect day would involve a visit to Manchester Art Gallery with friends, followed by a coffee and shopping trip and finishing the day with a bite to eat & a cocktail in Bella Italia.” 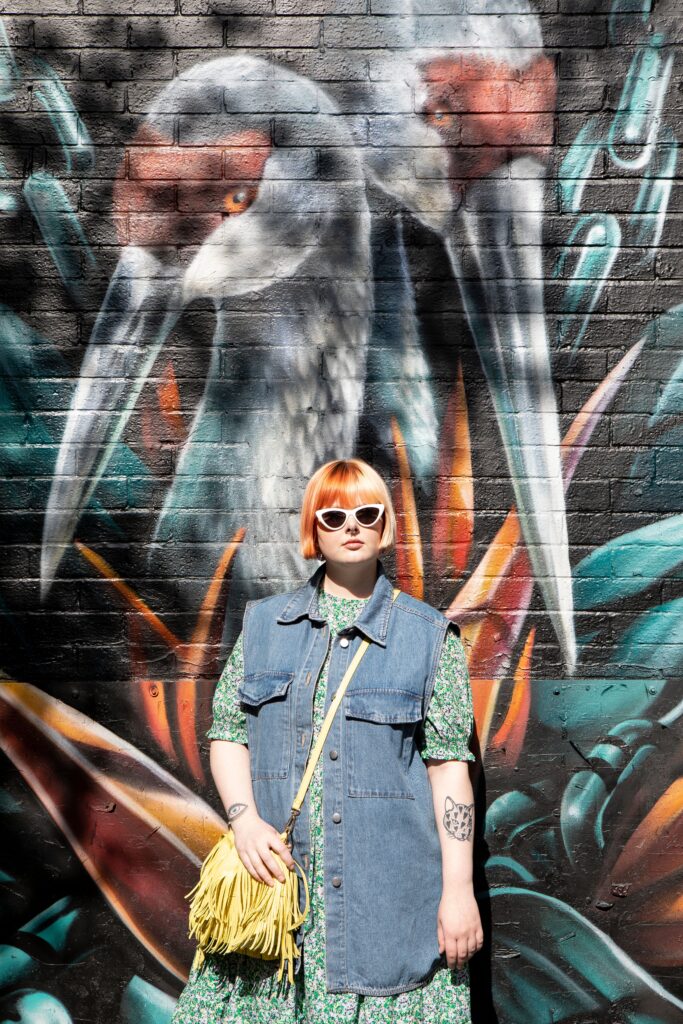 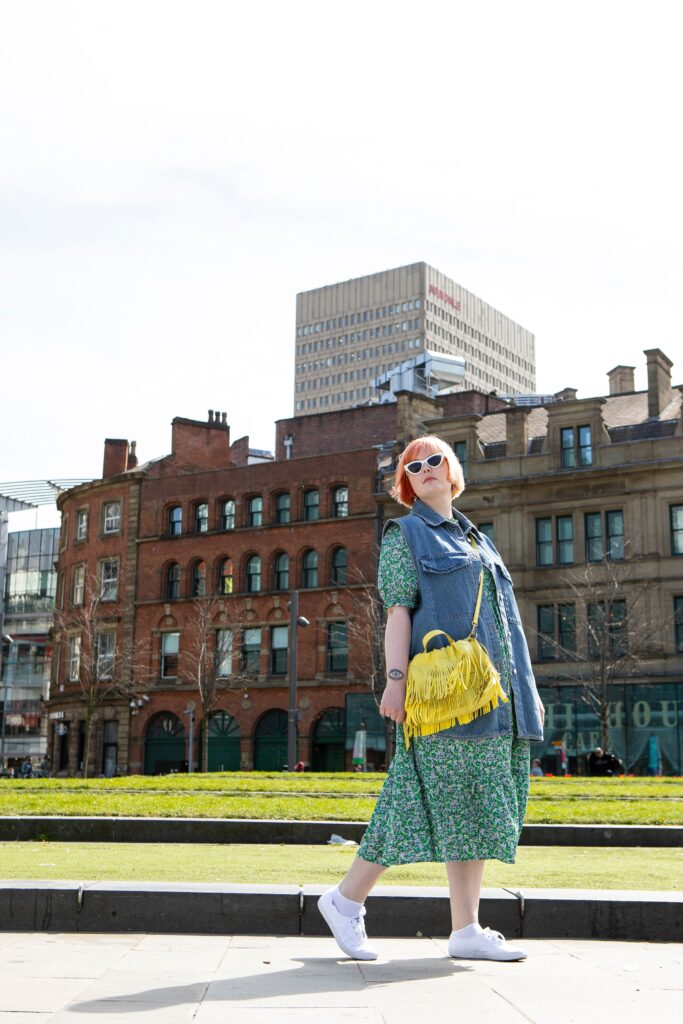 Meet Marcel, the Pastoral Officer living in Chorlton. Marcel is all about his trainers and makes sure he has the latest drop – he’s always first in line at JD and Footlocker for those special edition trainers. He likes to take his time when it comes to shopping and visit plenty of stores – if he likes something, he will buy it from anywhere.

Athletics had a big impact on Marcel’s life growing up and he believes it has made him the man he is today. He’s spent a lot of time shopping in sports stores such as Sports Direct over the years. Outside of his usual sportswear, Marcel describes his style as smart/casual, often customising clothes by adding his own print.

Marcel is well-known in the city, with friends on the DJ scene as well as bar and coffee shop owners, including South Manny Flavas in the Arndale Market. Marcel has visited the Arndale throughout his life and loves its nostalgia. One of his fondest memories is the old Warner Brothers shop – “you’ll remember this store if you’re one of the originals”.

What would be the perfect day in Manchester for Marcel?

“There are endless opportunities to have a nice day in Manchester as there’s so much soul and history in the city. The perfect day for me would be a sunny day spent shopping, meeting up with friends, visiting the Northern Quarter and checking out any new murals around the city”

He describes Manchester as – The best city! 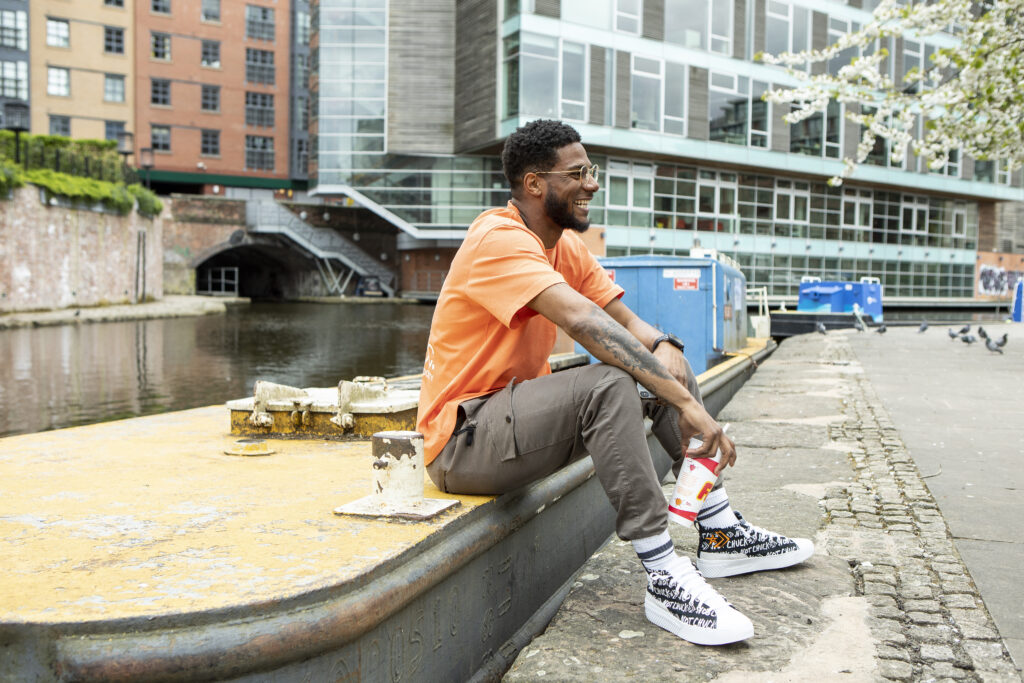 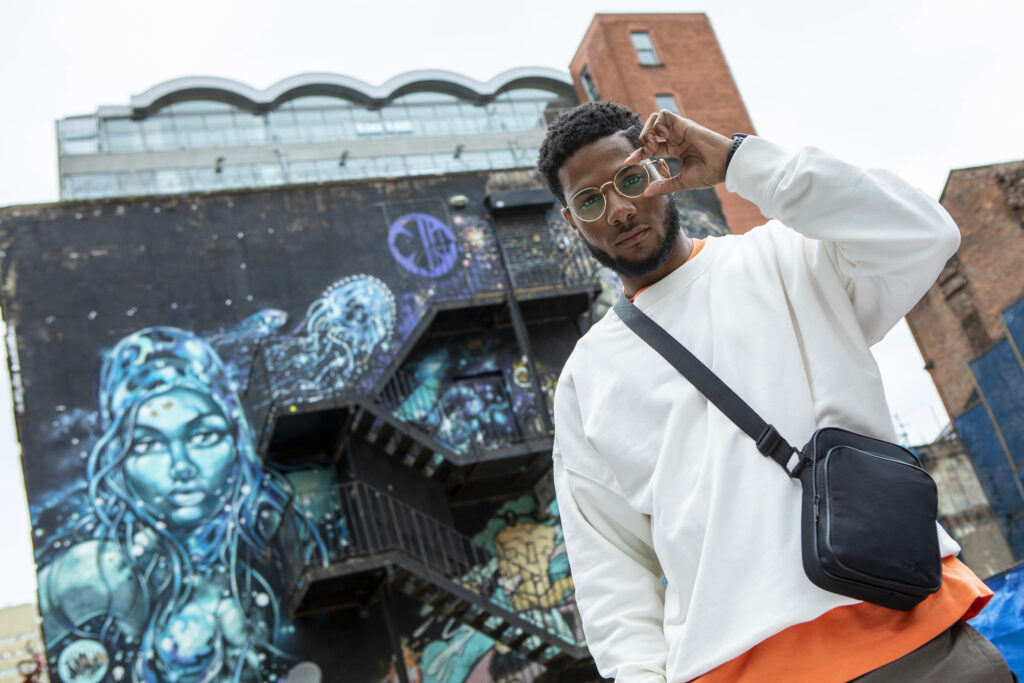 Meet Jamie who has grown up in Germany and Ireland, but moved to Manchester in 2017. The Arndale was the first place she visited when she moved from Ireland and says she is still discovering Manchester and all it has to offer.

You can find Jamie shopping in Homesense or TK Maxx. She likes that Manchester Arndale is home to a mix of big brand stores and small independent shops.

Jamie will often get a lift into town with her boyfriend or hop on the tram to explore the Northern Quarter, checking out the newest graffiti murals and grabbing a bite to eat and drink.

What would be the perfect day in Manchester for Jamie?

She describes the Arndale as diverse, vibrant & friendly. 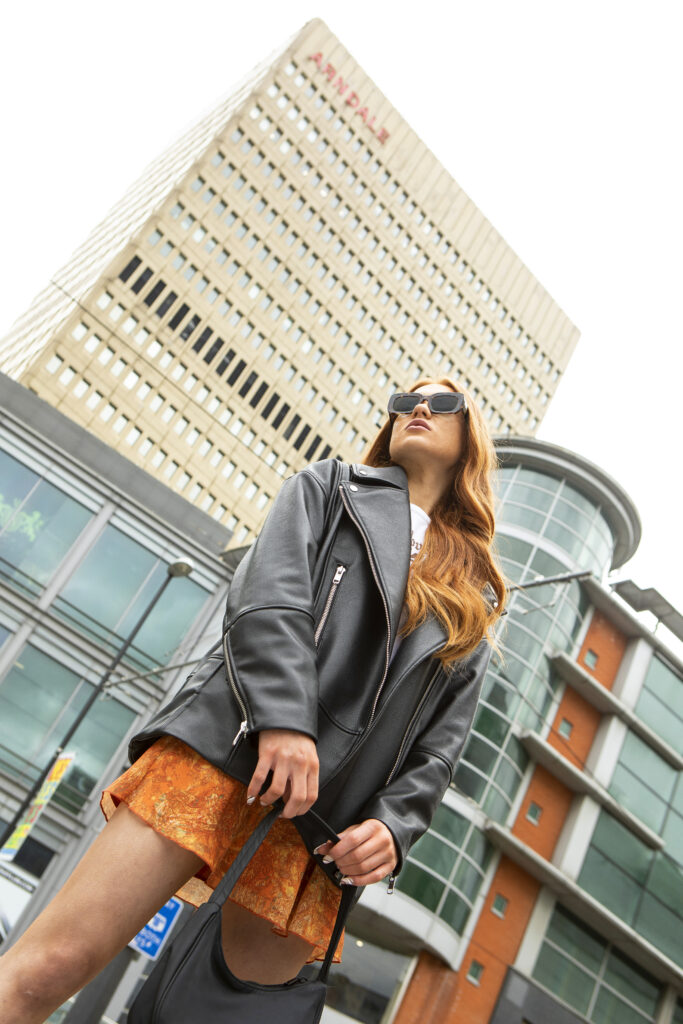 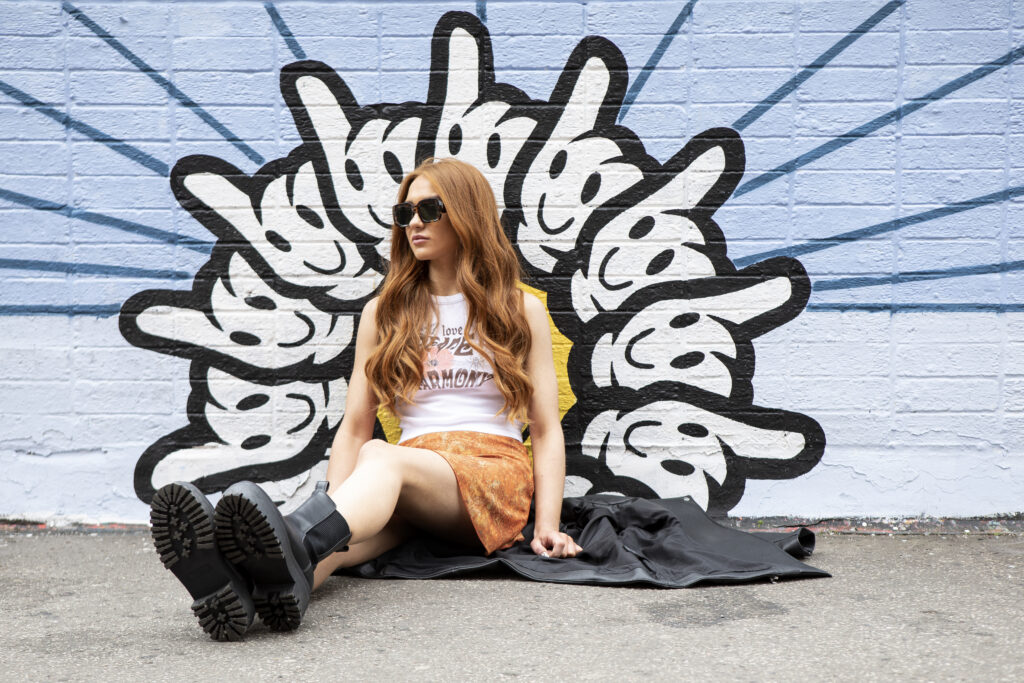 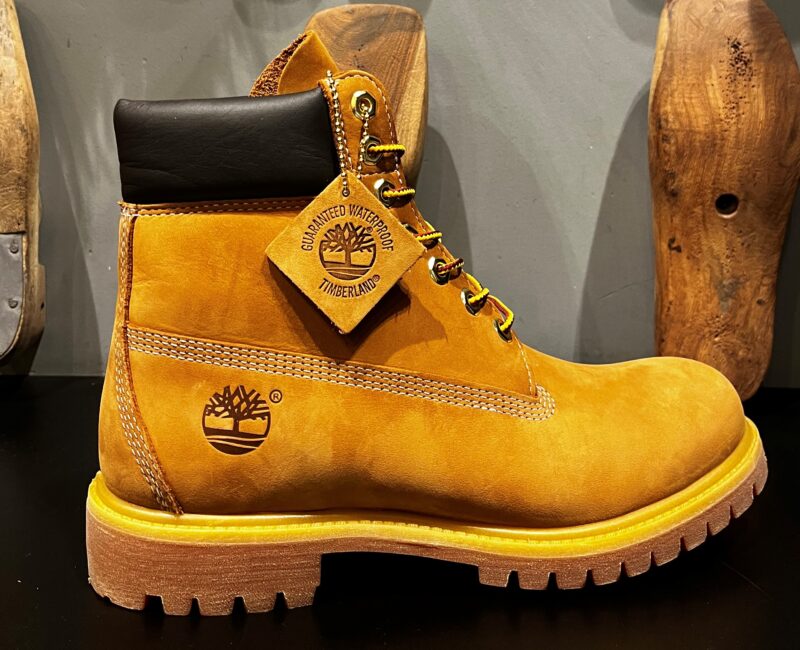 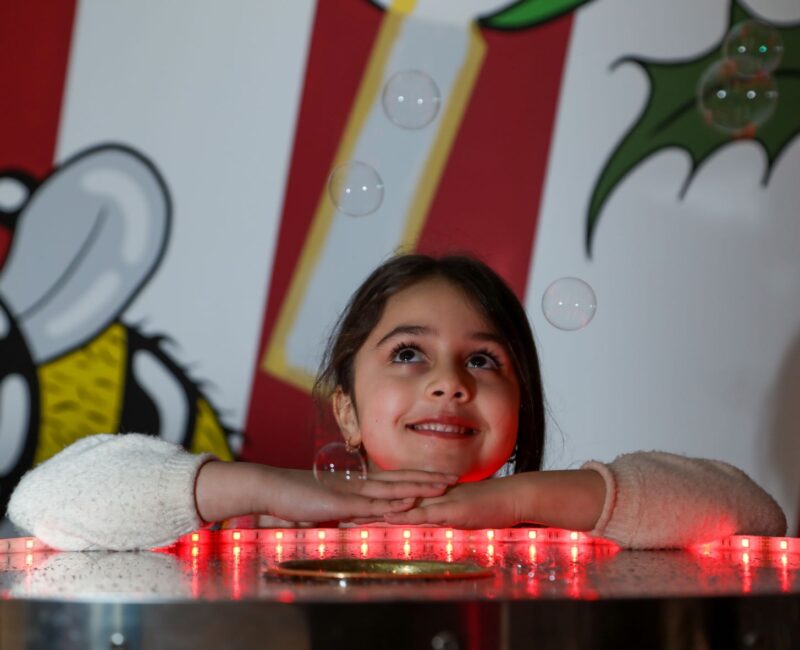 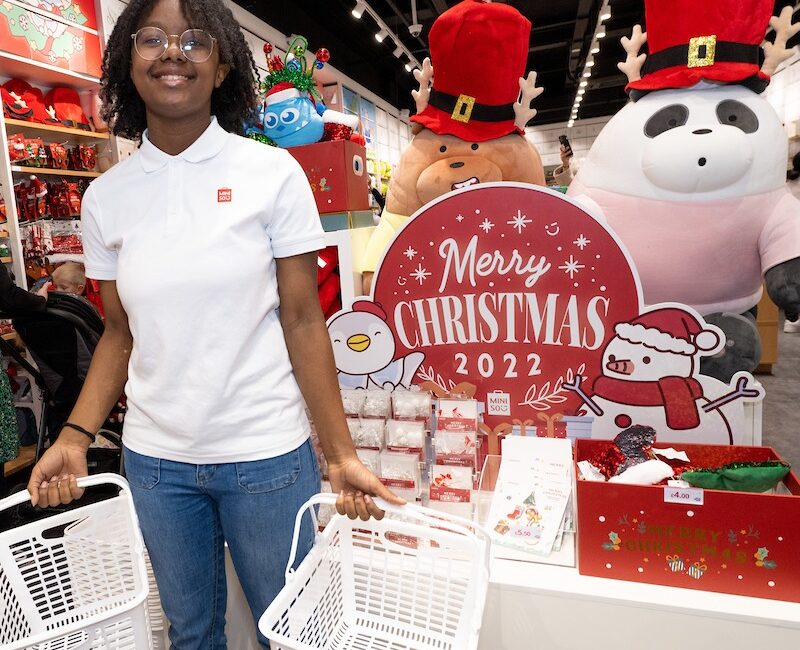